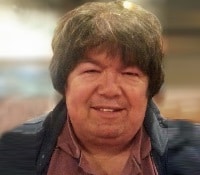 Robert “Bob” Buck, 67, of Anderson passed away on October 7, 2017 at Community Hospital Anderson following a brief illness.  He was born on May 2, 1950 in Anderson, IN to Charles and Violet (Rooney) Buck.

Bob was a member of Anderson Central Wesleyan Church where he drove the church van for more than twenty years.

A lifelong resident of Anderson, Bob graduated from Anderson High School in 1970.  He retired from General Motors where he worked on the production line for more than thirty years.  He was a proud member of the UAW Local 1963.

Bob, an avid sports fan, loved attending Anderson High School basketball games and the Indianapolis Colts’ training camp while it was in Anderson.  He also spent many hours in front of the television thoroughly enjoying Purdue football games.

Bob loved to vacation with his family and, as a child, spent countless summer weekends at his parents’ cabin at Hill Lake.  He enjoyed playing pool and tinkering with his toy trains.  Bob’s sense of humor will be missed by everyone who has shared a laugh with him.

He was preceded in death by his parents.

A memorial service will be conducted on Saturday, October 14, 2017 at 1:00pm at Anderson Central Wesleyan Church (2406 Delaware St, Anderson IN 46016) with Rev. Jerry Alexander officiating.  Friends may call from noon until the time of service.