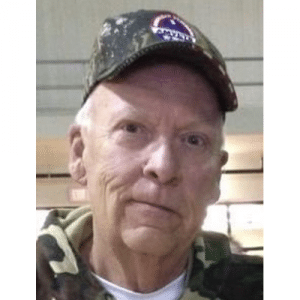 Larry L. Clark, Sr., 75 of Pendleton passed away on December 28, 2020, at Ascension St. Vincent Anderson Hospital.  A lifelong resident of Madison County, Larry was born on April 12, 1945 in Anderson to Lindle and Muriel (Bentz) Clark.

Larry graduated from Anderson High School (1963) and retired from Guide Lamp in 1999, where he worked in the Tool Crib.  Later, he worked as a stocker at WalMart in Anderson for a few years. Larry served his country in the US Army as a Field Communications Crewman and was a member of the American Legion Post 117 in Pendleton.  He was a member of the Huntsville Good Shepherd Community Church.

Larry was an avid collector of Star Wars memorabilia and enjoyed taking vacations to Panama City, Florida.  Weekends were spent at the racetrack where he enjoyed sprint car and midget racing.  On Thursday night you would find him at the Speedrome in Indianapolis.  He loved to hunt in Montana and took many memorable trips to the Crooked Creek Hunting Lodge in Tennessee.  He enjoyed the fellowship of Native American Rendezvous throughout central Indiana, where he crafted jewelry and dream catchers.

He is preceded in death by his sister, Elaine “Punk” McKinney; a granddaughter, Shelby Clark; and a great-grandson, James Michael Hager.

In lieu of flowers, memorial contributions may be made to the Wounded Warrior Project or Disabled American Veterans (DAV).