Home/Uncategorized/Beth A. Cain
Previous Next 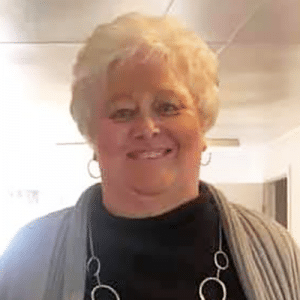 Beth Anne Cain, 66, a life-long resident of Anderson passed away unexpectedly in her home on Friday, June 18, 2021.  She was born on August 2, 1954 in Anderson to Eugene “Andy” and Lorene (Merrell) Russell.

Beth is a 1972 graduate of Anderson High School and attended the North Anderson Church of God.  She worked at Matthews Grocery on Broadway Street and in 1989 began working as a preschool teacher at the North Anderson Children’s Center.  She found her passion and eventually purchased that preschool.  During the eleven years that she owned the center, “Mamaw”, as she was affectionately known, had an incredible impact on hundreds of children, their families and the greater community!  After selling the school in 2011, she continued to care for children in her home.

She will forever be remembered as a caregiver to everyone who had the fortune of knowing her.  She is the type of person who routinely invited people to her family’s holiday celebrations when they had nowhere else to go.  She worried about those she cared for — often calling people to make sure they were safe when she heard sirens in the area.  She enjoyed staying active and looked forward to going out-of-town to shop or attend rummage sales, which she did every Saturday for years with her mom.

She is preceded in death by her husband and soulmate, Larry Cain; her parents; her brother, Bruce Russell and her aunt, Ann Merrell.

Visitation will be held from 2pm – 3pm on Friday, July 2, 2021 in the English garden chapel on the grounds of Anderson Memorial Park Cemetery (6805 Dr. M.L.K., Jr. Blvd., Anderson, IN 46013).  A graveside service and burial will immediately follow with Pastor Donna Madewell officiating.