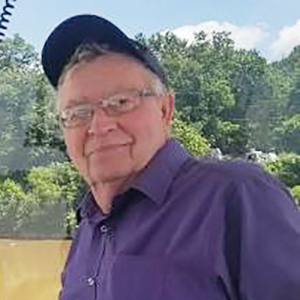 William Richard Myers, Sr., 80, of Indianapolis, passed away on Thursday, June 2, 2022 at Ascension St. Vincent Hospital in Indianapolis following a brief illness. He was born on August 7, 1941 in Indianapolis, IN to William and Dessie (Flint) Myers.

Bill attended Lawrence High School where he was a member of the golf team. He served on the Lawrence Fire Department as a junior fire fighter. He proudly served his country in the United States Air Force. Bill retired from Irving Materials, Inc. after more than 30 years of dedicated service to the company. He was a member of Teamsters Local 716 in Indianapolis. Bill was known as ” The Legend” by those in the concrete business.

Bill was an avid golfer who traveled several times a month to his favorite course, Vineyard Golf Course in Rising Sun. Bill also played in several bowling leagues at Woodland Bowl. In the mid-1970’s, Bill and his bowling partner won the Miller Lite Bowling Championship in Indiana and played in the finals in Las Vegas.

Bill loved to travel and had visited every state in the US at least once. He especially enjoyed spending winters in the Florida sunshine. Bill was a very giving man who helped countless people throughout his lifetime. He will be forever remembered for his generous spirit; he always gave to others with no expectation of receiving anything in return.

He is preceded in death by his parents; and his son, William Myers, Jr.

In lieu of flowers, memorial contributions may be made to the charitable organization of your choice.

In accordance with Bill’s wishes, no funeral services will be conducted.