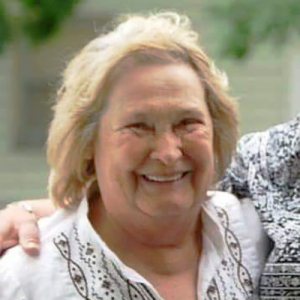 Wilma “Billie” Hobbs passed away Thursday, Feb. 3rd at the home of her niece and nephew Chris and Trinia Rowe after a long battle with cancer.

She worked as an art production assistant at F.B. Fogg until her retirement. Some of her work is still displayed in homes and galleries across the country. She was a dedicated fan of the Colts and any team playing against Tom Brady. She loved Sunday card night with her family (even though they were a bunch of cheaters), bingo, and her animals.

Along with her parents and husband, she was preceeded in death by her daughter Kathy, son Wesley, sister and brother-in-law Ruth Ann and Bob Powers, brothers Eddie and Mickey Harris, and sister-in-law Carol Fisher.

Her family would like to thank IU Hospice for their work and Dr. Mark Pajeau for being the only person she would listen to.

A celebration of life will be held at a later date.

In lieu of flowers, please make a donation to Muncie ARF.