Home/Uncategorized/Chad A. Lepper
Previous Next 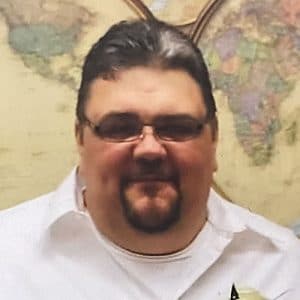 Chad Alan Lepper, 47, of Indianapolis passed away unexpectedly on November 16, 2020 at Community Hospital East.  He was born in Indianapolis on June 1, 1973 to Richard and Gloria (Whittinghill) Lepper.
Chad is a graduate of Triton Central High School (Class of 1991) and most recently worked as a manager for Get Fresh Produce.
Chad was an avid Philadelphia Eagles fan!  He loved to entertain friends and family, often smoking meat and hosting barbecues in his backyard.  He also enjoyed listening to 70’s and 80’s music.  Chad will be missed by all who loved him — among them are his dogs Maximus and Chopper and his cat, Sopher.

Chad is survived by his grandmother, Nancy Whittinghill of Indianapolis; his mother; his beloved wife, Kim (Stott) Lepper; one brother, Ryan Lepper of Indianapolis; sister-in-law, Liz Stott of Beech Grove; three nieces Ryanne Lepper, Alexis Snead, Nicole Snead; and one nephew, Riley Lepper.
Chad is preceded in death by his father; and his grandfather, Robert Whittinghill.
A celebration of Chad’s life will be announced at a later date.
Mike Keller2020-11-18T01:42:34+00:00