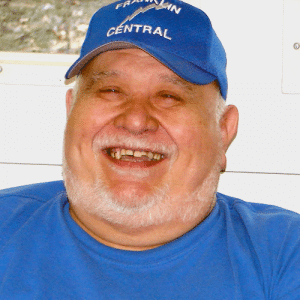 Coy D. “Pres” Presnell, 80, of Indianapolis passed away on August 18, 2021 at Miller’s Senior Living Community in Indianapolis.  He was born in Detroit, MI on February 28, 1941 to Coy and Geneva (Overton) Presnell.

Coy was a graduate of Howe High School (1960) and served as a Military Police Officer in the US Army.  He retired from the Ford Motor Company plant after 38 years of service at the English Avenue Steering Plant.  Coy was a proud member of UAW Local 1111, a former member of Shriners International, the Scottish Rite, the Englewood Masonic Lodge 715 and the Moose Lodge 17.

Coy was an avid fan of Michigan sports!  He particularly loved cheering for the Michigan Wolverines, Detroit Tigers and Detroit Lions.  When he was younger, he was an excellent bowler and played in several softball leagues.  He loved to collect “treasures” from the Liberty Bell Flea Market and enjoyed shopping at his very favorite store, Big Lots.

He is preceded in death by his parents and his loving wife of 48 years, Norma J. Presnell.

A private graveside service will be conducted at Anderson Cemetery in Indianapolis.