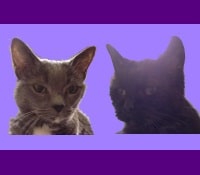 David is a graduate of Avon High School (class of 1973) and he married Nancy Sewell in 1986. He held Indiana professional licenses as both a plumber and HVAC contractor. David worked as a mechanical estimator for Mission Mechanical, Inc. in Indianapolis, IN for more than thirteen years.

David attended Chapel Rock Christian Church in Indianapolis. He was an active member of the Sons of the American Legion Post 145 in Avon and was an avid fan of Detroit Tigers baseball and Indianapolis Colts football.

David was preceded in death by his parents.

He is survived by his wife, Nancy (Sewell) Hand; two brothers, William (Teresa) Hand, Jr. of Brownsburg, IN and Robert (Oksana) Hand of Ft. Myers, FL; one sister, Barbara (Jeff) Lohman of Indianapolis, IN; several loving nieces and nephews; and his “girls”, Rudilee and Bebe.

The family would like to express their sincere gratitude to Mike & Jan Arbuckle, the Avon American Legion Post 145, Chapel Rock Christian Church and I.U. Health Hospice for their outpouring of love and support.

Private graveside services will be conducted.

The family asks that no floral tributes be sent. In lieu of flowers, Memorial contributions may be made to the Avon American Legion Post 145 Building Fund, the American Cancer Society or the Hendricks County Humane Society.