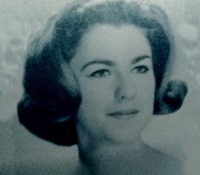 Deborah (Eisenmenger) Simon, 74, of Indianapolis passed away unexpectedly on June 22, 2017 at St. Vincent Hospital. She was born on January 22, 1943 in Elmhurst, IL and is the only child of Elmer and Phyllis (Regan) Eisenmenger.

She was a member of St. Monica’s Catholic Church in Indianapolis.

Deborah attended St. Mary’s College in Notre Dame, IN where she earned a Bachelor of Arts Degree. She then completed her Master’s Degree in English Literature from Loyola University in Chicago. She later served as a teacher at Southmont High School in Crawfordsville, IN. Deborah also enjoyed various social activities and volunteering at Fairbanks Hospital and the Indianapolis Museum of Art.

Deborah is survived by her daughter-in-law, Julia Simon Lyons of Las Vegas, NV; three nephews; one grandnephew; and two grandnieces.
She was preceded in death by her parents and her loving husband, Peter.

A memorial mass will be conducted at 11:00am on Wednesday, July 12th at St. Monica Catholic Church, 6131 Michigan Road, Indianapolis. Both Deborah and Peter’s ashes will be interred at Calvary Cemetery in Evanston, IL at a later date.