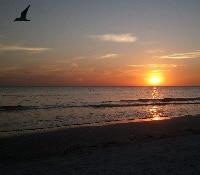 Dennis Lee Hay, 77, of Lafayette, Indiana, died at 8:45am Monday, March 21, 2016 at IU Arnett Hospital in Lafayette. He was lovingly surrounded by his wife and daughter at the time of his death.

Denny was born on March 25, 1938 to Thomas J. and Louisa Hay, who preceded him in death. As a boy, Denny grew up playing along the banks of the Ohio River with his brothers. Denny entered the Navy Reserves after he graduated from Cannelton High School in 1956. On November 23, 1973, Denny married Debanney (Beachler) in Logansport, IN, who lovingly stood by his side. They were the perfect picture of what love truly is!

Denny was the former owner of the Fox and Hounds in Peru, Indiana. After selling his business, he enjoyed his time by studying and investing in stocks and bonds, which he was very knowledgeable in. Denny also enjoyed playing cards with family and friends, spending time with his daughter, son in law and grandchildren. He was also an avid Colts and Notre Dame fan and loved to watch sports. Sorry, Cubs fan’s even though he was a die-hard fan, Denny says this isn’t their year either. He also loved traveling and particularly to places near a body of water. But in general he loved God’s gift of nature. Denny also had a sense of humor like no other! And he wasn’t afraid to share his wit with anyone around him.

Denny is survived by his wife; daughter and son-in-law Melissa (Hay) and Scott Bishop; four amazing grandchildren who brought him so much joy: Rebeka, Hayden, Patrik and Joslyn Bishop, all of Lafayette; his father-in-law, John Beachler I of Peru, IN; two sisters, Sue Horn of Indianapolis, IN and Judy Herzog of Cannelton, IN; three brothers, Jim Hay of Philpot, KY, Norman Hay, of Cannelton, IN, and Paul Hay of Indianapolis, IN; in-laws, cousins and numerous nieces and nephews.

A celebration of Denny’s life will be held on April 9, 2016 at Evangelical Covenant Church (3600 S. 9th Street, Lafayette, IN 47909).  Visitation with the family will begin at 12:00pm with the service to begin at 2:00pm; Pastor Stacey Littlefield will lead the service.

Memorial contributions may be made to the Evangelical Covenant Church or to the family for Denny’s grandchildren’s education fund.