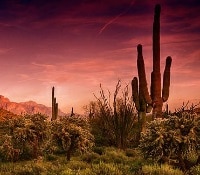 Jackie Finn, 74 of Indianapolis passed away on April 24, 2016 at Beech Grove Meadows following an extended illness.  He was born in Louisville, KY on March 11, 1942 to James and Mary Irene (Hendricks) Finn.

Jackie served our country in the United States Marine Corps and was a Vietnam Veteran.   After returning to Indianapolis, Jackie worked as a custodian for the Indianapolis Public Schools where he retired after more than 25 years of service.

A nearly life-long resident of Indianapolis, Jackie loved to travel when he had the opportunity.  He especially enjoyed traveling to New Mexico to visit his grandchildren.  His favorite travel destinations include California, Utah and his birth state of Kentucky.  Jackie also enjoyed firearms and was a past member of a shooting club.

He was preceded in death by his parents; his loving wife of 34 years, Martha (Rivers) Finn; and his grandson, Cody Beach.

Private family services will be held at a later date in New Mexico.