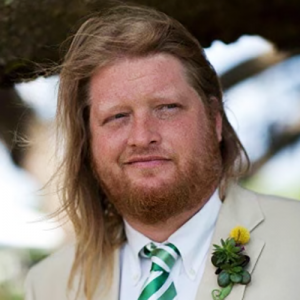 The lead singer of Geekzilla, Jake Greer, had his final encore leaving behind astonished band members, Dave Buckles and Rob Blair. The band had been contemplating a comeback tour that would have ranged to the far flung metropolises of Chesterfield, Moonsville, Alexandria and possibly Lapel depending on if the ban had been lifted.

Jake was known for his death defying acts over the years of facing down Juvenile Diabetes and riding the highs and lows of blood sugars. The head of the Geekzilla Fan Club and Jake’s daughter, Hailey Greer, was the central focus of Jake’s body of work. Jake’s Mom, Ann Alexander, was heard to say “I always knew my son had talent, not particularly as a singer, but he had talent.” Jake’s roadies included his father, Gary Greer and brothers Clay and Josh Greer and sister Heather Waymire. They are currently for hire and looking for the same workload, which is nothing.

Jake’s artistic efforts included a yellow belt in Karate, Super Hero reenactment at the Chesterfield 4th of July parade, and Bridesmaid for all who asked. As an Ollie’s Superfan, Jake was a mediocre bartender and was known to terrify the masses with his Karaoke. Jake’s nose for whiskey was an envy to those who enjoy the libation, especially his buddy, Mickey.

There was never a dull performance by Jake who put his full effort into being a loving father, wonderful brother, not quite trustworthy uncle, and a son that made his parents smile. Jake will be remembered as someone who brought ‘living loud’ with him wherever he went, inspiring good feelings and great memories (but not remembered so much for his singing!)  Anyone who can get the band listed on Wikipedia for 30 consecutive days will get $100 from Uncle Troy, his staunch supporter.

In accordance with CDC and local health guidelines, facial coverings will be required for those attending.

In lieu of flowers, memorial contributions may be made to the Madison County Humane Society.