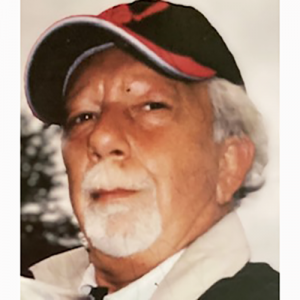 James (Jim) Richard Shrieve, 75, of Muncie passed away on February 10, 2022. Jim was born on January 8th 1947 in Muncie to the late George and Katie Shrieve, and surviving are his brother’s Robert (Bob) Shrieve (wife Cheryl) and Jeff Shrieve(wife Shelly).

He was a 1965 Muncie Central High School graduate. Jim served in the US Air Force Reserves, then later worked in the family business of George Warner’s Beauty Salon. Jim was a car salesman for many years at Lockhart Cadillac in Indianapolis and locally at Munson’s of Muncie. He watched and invested in small stocks, he was an avid fisherman and a skilled golfer. Jim was a music lover and a collector of vinyl records. Jim was very knowledgeable about cars and was an old car enthusiast. He enjoyed cooking through out his life and was known to be very good at it. Jim enjoyed his home, his yard and his front porch that proudly displayed his American Flag.

Jim is survived by his daughter’s; Caroline Cox (Muncie) and Jaimie Shrieve (Carmel), and his four grandchildren. Jim’s daughter’s would like to thank and recognize the following; his companion of many years Mary Osborne, his uncle Harry (Butch) Shrieve, his nephew Doug Shrieve (wife Caroline) and his good neighbor and friend of several year’s Rick Spoonemore.

Per his request Jim did not wish to have funeral or memorial services.