Home/Uncategorized/Jeffrey A. Moyer
Previous Next 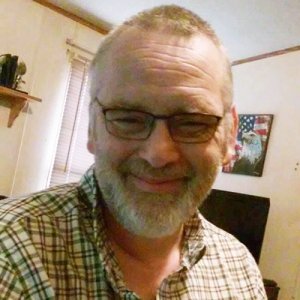 On Monday, October 3rd, 2022, Jeffrey Alan Moyer passed away at the age of 60, from a short battle with cancer. The world has lost a great son, brother, husband, father, and papa.

Jeffrey was born in Elwood, Indiana on April 26, to Wayne and Donna (Miller) Moyer, growing up in Fairmount, Indiana. Growing up, he was always looking for ways to get out of school; which included making prank calls to get the school closed for the day. He graduated from Madison-Grant High School in 1980.

He met his wife, Patricia, through a mutual friend in the summer of 1993, and it was love at first sight. They got married December 3, 1993 at Back Creek Friends Church in Fairmount, and the rest was history. He gained a daughter and in the following years of 1994 and 1997, they welcomed two more daughters.

Jeffrey loved fishing and golfing before his health declined in his later years. One thing he loved the most above everything was being with his family. He loved his step daughter Debra and his two daughters Mary and Ashley. The last few years of his life, he spent surrounded by his grand babies. He loved his grand babies, and they loved him; every time he would see them, his face would light up.

Jeffrey is survived by his wife, Patricia, of Marion; brother Lary (Ruth) Moyer of Marion; sisters Marsha DeHaven, of Fort Wayne, Karen (Brian) Harmon, of Converse; daughters Debra (Jason) Gillespie, of Marion, Mary (David) Moyer-Mack, of Marion, and Ashley (Blake) Dolby, of Huntington. He is also survived by his nephew and nieces, Morgan, Megan, Katy, Misty and Mandy, as well as his grandchildren, Jordan, Jaden, Destiny, Aliviah, Dalton, and Ava. He was preceded in death by his father Wayne Moyer and his mother Donna Moyer.