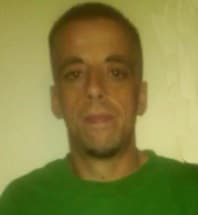 eremy S. Bannister, 34, of Noblesville passed away unexpectedly in his home on October 13, 2015.  He was born on August 22, 1981 in Indianapolis to Robert Rayner and Melanie Bannister.

He was preceded in death by his maternal grandparents, Ronald Bannister and Kasmira Androsky; his paternal grandmother, Barbara Hines; and one cousin, Tim “Timbo” Ridge.