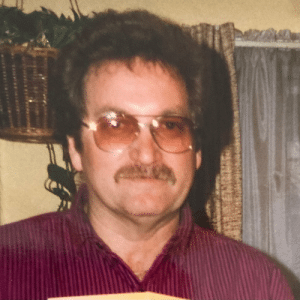 John W. Stevens, 77, of Yorktown, passed away on November 1, 2021 at his home following an extended illness.  He was born in Alexandria, LA on April 14, 1944 to Homer and Opal (Jones) Stevens.
John is a 1962 graduate of Yorktown High School and retired from Sears where he was a service technician for more than 35 years.  He was a member of his local Masonic Lodge and spent many years as a member of the Yorktown Lions Club.
He was an avid hunter and loved to attend car shows that featured classic automobiles.  He will lovingly be remembered as a great neighbor who would drop everything to help anyone in need.
John is survived by his loving wife of 26 years, Bert;  two daughters, Lori (Jeff Garrison) Grayson of Pennville and Mandi (Scott) Dalton of Yorktown; two sons, Chad Gullett of Gaston and David (Amber) Stevens of Yorktown; three sisters, Karen Stevens of Anderson, Barbara Stevens of the State of Washington, and Rhonda Stevens of Maryville, TN; one brother, William Stevens of Yorktown; eleven grandchildren, six great-grandchildren.  Several loving nieces, nephews and cousins also survive as does John’s dog, Maggie.
He is preceded in death by his parents; step-mother, Modena Stevens; and step-father, Robert Lee, and his dog, Fancy.
A celebration of John’s life will be held at a later date.
Mike Keller2021-11-04T07:31:35+00:00