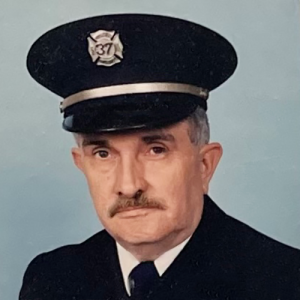 Joseph E. Bailey, (Joe), (80), was called home to be with the Lord on March 9, 2022. He passed away peacefully at home with his family by his side after a long battle with cancer. He was born April 8, 1941 in Middletown, Indiana the son of George and Delana Bailey.

He attended Anderson High school. He proudly served his country in the U.S. Army. He worked at Nicholson File for several years before he joined the fire department. He retired from the City of Anderson Fire Department on July 1, 1996 after 28 years of service. He also worked in Security at the Hoosier Park Casino for 14 years.

Joe greatly enjoyed traveling throughout the United States and spending winters in Pahrump, Nevada. He was happiest spending time with his family especially his grandchildren.

Joe knew no stranger and after meeting him you left in a better mood. He was known for his corny jokes and generosity of time with a conversation. He made breakfast for all the firemen on his shift each morning he worked.

In lieu of services and to honor Joe’s wishes, cremation will take place. A celebration of life will be held at a later date.

Joe touched many lives throughout his lifetime and he will be greatly missed by all who knew him.

Matthew 25:23: His Lord said to him, “Well done, good and faithful servant; you have been faithful over a few things, I will make you a ruler over many things. Enter into the joy of your Lord.”

He is preceded in death by his parents George and Delana Bailey and his brothers Rex Bailey and Charles Bailey.

Those who knew Joe know he hated being fussed over and would rather give than receive. In lieu of funeral services, and to honor both Joe’s character and memory we ask that all who wish to participate make a donation to either St. Jude’s Hospital for Children or Southern Care Hospice in Muncie, Indiana.

A special thanks to Dr. David Mares and to the staff of Southern Care Hospice for their great care in our time of need. You made his remaining time as happy and comfortable as it could be.