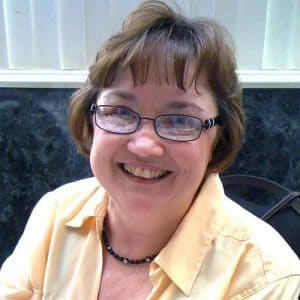 Juanita L. “Nita” (Silvey) Louzon, 71, of Indianapolis passed away unexpectedly on Tuesday, August 25, 2020 at Franciscan Health Indianapolis while surrounded by her family.  She was born in Indianapolis on April 27, 1949 to Charles Gorman and Barbara (Russell) Silvey.

Nita graduated from Arsenal Technical High School and attended Indiana University where she attained both a Bachelor’s and a Master’s Degree.  She worked for Citizens Gas and retired after 26 years of service.  Nita became a parishioner of Holy Name Catholic Church in 1978.

Nita had a heart for service.  She is the former Director of Perry Senior Citizens Services, was involved with fundraising efforts with the United Way, was a member of Kiwanis Club of Indianapolis and spent many years as a volunteer with the Eiteljorg Museum and Big Brothers & Big Sisters of Indianapolis where she mentored many women.

NIta had a passion for traveling and especially enjoyed camping with her family.  Memories of magical Disney trips will be forever cherished by her family.  She also enjoyed genealogy and studying the history of religion.  Above all, though, Nita’s joy was spending time with her grandchildren.

She is preceded in death by her parents; her step-father, Robert Silvey; and her brother, Alllen Silvey.

A Funeral Mass will be held at Noon on Tuesday, September 1, 2020 at Holy Name Catholic Church (89 N 17th Ave, Beech Grove, IN 46107).  Friends may call from 10:00am until the time of Mass. Social distancing will be observed and face coverings will be required per the Governor’s Executive Order.