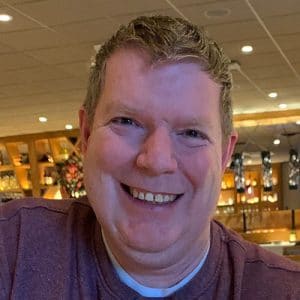 Kenneth W. Burgess, Jr., 49 of Noblesville passed away at home following an extended illness on September 24, 2020 while surrounded by his family.  He was born in Anderson, IN on January 6, 1971 to Kenneth and Marlene (Moyer) Burgess, Sr.

Ken attended Hamilton Southeastern High School and later served as a Supply Specialist in the U.S. Army.  Ken worked as a butcher at for many years.  He attended Our Lady of Grace Catholic Church in Noblesville.

Ken loved Harley Davidson motorcycles and was especially proud of his 1967 Camaro.  He was an outdoorsman who loved to be in the woods.  He also enjoyed gunsmithing and was an avid firearms enthusiast but, above all, Ken loved to spend time with his wife and family.

Ken is survived by his mother, Marlene; his wife, Lai (Sibayan), who is the love of his life; one son, Mark Louis; two daughters, Hayley Burgess and Courtney Burgess both of Virginia; one sister, Karmissa Foreman of Anderson; and two nieces, Kristina Cornett and Meagan Foreman both of Anderson.  Ken’s great nieces Aleena, T’Nyla, Max, Tren and Harper also survive as does his beloved pit bull, Kane.

He is preceded in death by his father; Granny Margaret;  Grandpa Bill; Weezie; and cousin Amy.

A private family service will be conducted at a later date.