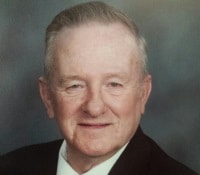 Kenneth W. Taylor, Sr., 79, of Anderson graduated to Heaven surrounded by his family at St. Vincent Anderson Regional Hospital on October 10, 2015 following an extended illness.  He was born on June 21, 1936 in West Lebanon, Indiana to Cecil and Delores (Butcher) Taylor.

He was a retired heavy equipment operator and a proud member of the Mid Central Operating Engineers Local 103.  When he was not working, he thoroughly enjoyed playing with his grandkids at frequent family gatherings!  He was very active in his church where he served as an usher for many years and led the “Best Years Fellowship”.  He accepted Jesus Christ as his Lord and Savior in 1992 and loved to spend his free time listening to gospel music and working in his garden.

He was preceded in death by four brothers and one sister.

Memorial contributions may be made to the Lone Oak Wesleyan Church in Anderson.