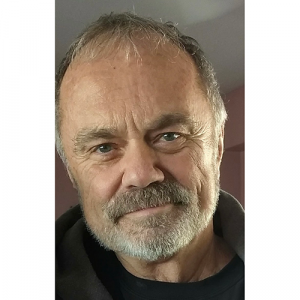 Larry D. Copeland, 72, a long-time resident of Muncie passed away on February 8, 2022 in his home following an extended illness.  He was born in Maryville, TN on December 13, 1949 to Jewell and Vivian (Jackson) Copeland.

Larry attended Muncie Southside High School.  He served in the US Army in Vietnam and was proud to be the Chief Mechanic assigned to the “Rat Pack” — the 187th Assault Helicopter Company Blackhawk Crusaders.  Upon returning home from Vietnam, Larry worked as a salesperson at Merle Lindsey Chevrolet in Muncie.  He lived in Texas for 30 years where he worked as an HVAC technician and retired from the VA Hospital in Houston.  He conducted prison workshops while he was there and enjoyed making a difference in people’s lives.  Larry later returned to Muncie, was a member of the American Legion Post 437 in Selma, and was a successful AMSOIL distributor for more than 30 years.

Larry knew everything about cars!  Each one he owned had a name, but his favorite was his white, ’97 Chevrolet Truck named “Flash”.  He spent many evenings and weekends at local racetracks and, at one point, owned a Sprint Car.  An avid race fan, he loved to attend NASCAR events with friends and family.  When not at the racetrack or tinkering on a project car, you could find Larry fishing on Prairie Creek Reservoir or simply relaxing at home.

Larry is survived by his loving wife of nearly 14 years, Kathy (Sissom); his mother, Vivian Copeland; two daughters, Lesa (John) Adams of Cleveland, TX and Misty Copeland of The Woodlands, TX; two step-sons, Jason Conley and Sean King both of Muncie; three grandchildren, Jonathan, AJ, and Cody; and two great-grandchildren.  Larry’s cousin, Michael Copeland of Nashville, TN (who was like a brother to him) and his lifelong best friends, Charlie & Debbie Pittman of Muncie and Charlie Beihl of Melbourne, FL also survive.

Larry is preceded in death by his father.

The family would like to express their heartfelt gratitude to Brittany and the entire staff of Paradigm Hospice for their loving care and attention.

No services are scheduled at this time.

In lieu of flowers, please make a contribution to your favorite Veterans Service Organization in memory of Larry.