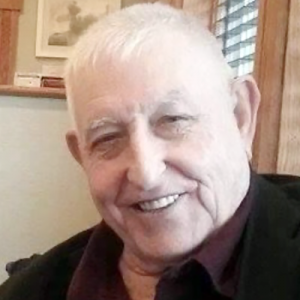 He was born March 27, 1938, in Centerville, Iowa, to Arthur Edwin Sager and Anna Ercil (Garretson) Sager. He was the youngest of 6 children. From a young age, Lennie preferred to be called LeRoy.

He graduated from Seymour Community High School in Seymour, Iowa, in 1955. He served in the Army Reserves from 1957 to 1964. On February 8, 1959, he went on a blind date and met the love of his life, Betty Lou Baker. They were married on September 20, 1959. They have four children: Kathy (Jon) Carter, Polly (Bob) Morrow, Marge (Greg) Thompson, and Daniel (Dorothy) Sager.

LeRoy was always a farmer at heart even after his years of farming in Plano and Lineville, Iowa, were past. He held a variety of jobs: as a hired hand for multiple farmers, the Co-op Feed Store, Miracle Recreation, Young’s Radiator, and Locksmithing as well as helping in the cafe he bought for Betty’s 37th Birthday. They owned/operated the cafe known as Sager’s Dairy Sweet (later renamed Sager’s Cafe) in Seymour, Iowa, from 1977-1996. He worked at FedEx and John the Butler while living in Key West, Florida. Then at the Walmart in Brownsburg, Indiana.

When LeRoy was 10 years old, he accepted Jesus Christ as his personal Lord and Savior. This decision of faith led to a life of devoted service to the local church wherever he lived. He was a long-time member of First Baptist Church Seymour, Iowa, where he served as a Youth leader, Sunday school teacher, deacon, and other areas of service. When he and Betty moved from Seymour to Key West, Florida, to be near their daughter and son-in-law, Jon & Kathy Carter they became faithful members of Key West Baptist Temple. Then in 2005, Hurricane Wilma hit and they lost everything, except one another. They chose to move to Brownsburg, Indiana, to be near their daughter and son-in-law, Bob & Polly Morrow. LeRoy and Betty joined Brownsburg Baptist Church and have thoroughly enjoyed being part of their church family.

In his final days, his family gathered around in his hospital room to worship and sing songs of praise to God. He told anyone who came into the room he was ready to go home to heaven. He passed peacefully with his wife by his side on January 18th, 2023.  He had been diagnosed with cancer less than 3 weeks earlier. Several years ago he had told his family he wanted to be cremated.

LeRoy is survived by his wife Betty, their children and their families, 13 grandchildren, 11 great-grandchildren, as well as his brother Ralph Sager and many nieces and nephews.

He was preceded in death by his parents Arthur and Anna Sager; siblings: Harold, Helen, Verna, & Dean, and Son-in-law Bob Morrow.

In remembrance of his life, the family asks in lieu of flowers, etc. that charitable donations be made to Brownsburg Baptist Church