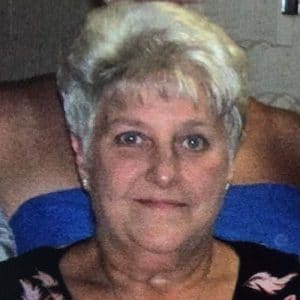 Linda M. (Blankenship) Harvey, 73, of Indianapolis passed away on November 11, 2020 in her home following an extended illness.  She was born in Indianapolis on June 10, 1947 to Ovel and Irene Blankenship.

Linda worked at Wishard Hospital in Indianapolis for more than 30 years as both an E.M.T. and a Patient Care Technician.  She retired from Wishard in 2009.  She also worked as a bartender “just for fun” at The AVG Pub in Indianapolis.
Known as “Old Lady Linda” by many at Wishard Hospital who loved her dearly, her huge personality, sassy spirit and (often inappropriate) sense of humor will be sorely missed!  Linda made a distinct impact on everyone she met.  She truly cherished her “Wishard family” and the many friends she made while working at the pub.  Linda’s crazy antics and zest for life will never be forgotten.
Linda is survived by three sons, Billy Sigler, Jeff Harvey and William “Butch” Harvey III.  She is also survived by close friend and caregiver, Liz (Erik) Pitner of Brownsburg.
Linda is preceded in death by her parents and her brother.
A celebration of Linda’s life will be announced at a later date.  She will be interred at Anderson Cemetery in Indianapolis.
Mike Keller2020-11-13T02:43:09+00:00