Home/Uncategorized/Mark A. Bland
Previous Next 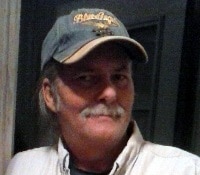 Mark Allen Bland, 60, of Lapel passed away peacefully in his home surrounded by family on Monday, April 24, 2017.  He was born on December 6, 1956 in Greenfield, IN to Robert and Phyllis (Fairfield) Bland.

At the age of sixteen, Mark served our country in the US Army and was very proud of the recognition he received for his accomplishments while in training.  A lifelong resident of the Lapel and Fortville area, he formerly worked for Reynolds Farm Equipment and Landmark Construction.  Mark had a wonderful sense of humor that will be sorely missed by those whose lives he touched.  He enjoyed working on anything that had an engine — from Harley Davidson motorcycles to cars to lawnmowers — he spent hours working on projects in his garage.

He was preceded in death by his parents;  his infant sister, Phyllis;  and his step-brother, Roy.

A cremation will be conducted and no services are planned at the present time.