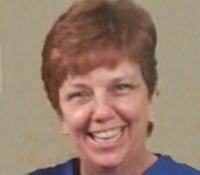 Melinda attended Klein High School in Spring, TX and was a 1991 graduate of Texas A&M University (Class of 1990).  In 1996, she earned her MBA in International Business and Finance from the University of St. Thomas in Houston, TX.  She was a proud member of The Association of Former Students of Texas A&M.

Melinda spent her professional career in logistics and most recently worked for Remy International in Pendleton, IN.  Melinda loved riding her Harley and enjoyed playing golf.  (She had one “Hole In One!”)

She is survived by her father, Don Hales of Montgomery, TX; one brother, Greg Dillon of Austin, TX; and a niece, Lauren Dillon of Austin, TX.  Also surviving are numerous loving aunts, uncles and cousins as well as Melinda’s closest local friends, Dawn Curry, Jennifer Lissman and LeeAnn Brown.

Melinda was also survived by her loving pet, Pinot.

Melinda was preceded in death by her mother, Janet K. Hales.

Private family services will be conducted in Hawaii at a later time.

Contributions may be made in Melinda’s memory to the MD Anderson Cancer Center, 1515 Holcombe Blvd, Houston, TX 77030.