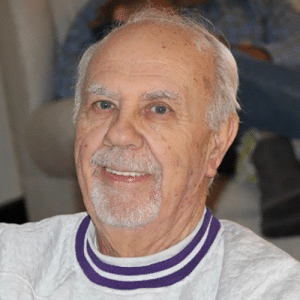 Robert Michael “Mike” Kercheval, 82, went to be with Jesus February 15, 2021.  He was born April 10, 1938 to the late Lester “Bud” Kercheval and the late Helen “Ivalou” (Worley) Kercheval.  Mike was a proud Sheridan High School graduate, class of 1956.  After working at O.T. Kercheval Implements, Biddle’s, Larr Equipment and serving as both a volunteer firefighter and an Army National Guardsman, he retired from Tipton Implement Case IH.  Mike was a member of Sheridan First Christian Church and the American Legion in Sheridan.  More recently, he loved being a part of Radiant Christian Life Church in Westfield.  Anyone that knew Mike never saw him without a smile.  He greeted people by name and never met a stranger.  He loved the Indianapolis Colts, college sports and was still passionate about following Sheridan athletics closely.  He also loved to dance.

Funeral services will be held Tuesday, February 23, 2021 at Radiant Christian Life Church (16162 Carey Road) in Westfield.  Visitation will be from 2:00-4:00pm with services following at 4:00pm.  Pastor Jerome Sack will be officiating.

In lieu of flowers, donations can be made in memory of Mike Kercheval at First Farmers’ Bank in Sheridan.  A scholarship in his honor will be awarded to a Sheridan High School Athlete in the spring.