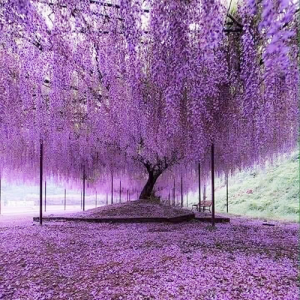 Sheryl Ann McKeel, 72, of Gaston passed away unexpectedly at Indiana University Ball Memorial Hospital on April 1, 2022 with her loving husband, Mike, at her side. She was born in Indianapolis, IN on September 21, 1949 to Frank and Patty Collins, who have already gone to be with the Lord. The family moved to Grand Rapids Michigan shortly thereafter, where Sheryl grew up to be a wonderful woman.

Sheryl earned a Bachelor’s Degree in Education from Western Michigan University, where she met Mike, her future husband of nearly 50 years. She worked at a nursery school in Michigan for a few years after her marrige until she and Mike moved to Indiana. She then proudly served as a Food Service Worker at IU Ball Memorial Hospital for 42 years.

She enjoyed reading Christian books, listening to music and making a home for her family.

Sheryl is survived by her husband, Mike McKeel who will miss his “charmer” dearly. She also has one brother, Steve (Stephanie) Collins of St. Catharines, Ontario, Canada; one sister, Susan (Bill) Lafollette of Greenville, Michigan; three nieces; one nephew; and many friends from Ball Memorial Hospital who were very special to her. 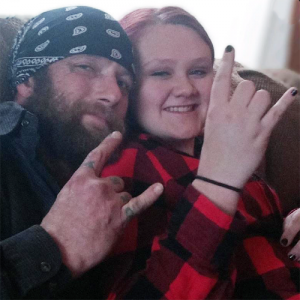 Okey Max Boylen, 38, of Greenfield, passed away on August 30, 2022. He was preceded in death by both parents Patricia Ann Boylen Truitt and Lemuel Ross Boylen. He is survived by daughter Hylei Annette Boylen, sister Anna Mae Boylen, and niece Natylee Elyse Boylen.

Okey went to Eastern Hancock Schools and attended a year at Rushville High School. In his spare time he loved riding bicycles and four wheeling with his daughter. They shared the love for Harley Davidson and skulls. Okey enjoyed his occupation in the construction and concrete finishing industry. He enjoyed woodworking and rebuilding anything such as bicycles, cars, and much more. 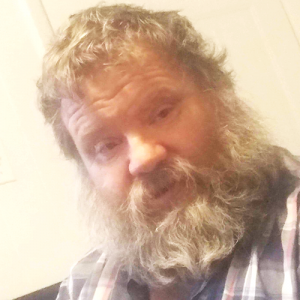 He served as an Administrative Specialist in the US Air Force and was stationed in Little Rock, AR.    Terry owned a local flea market, The Little Flea, for 10 years and loved spending time there with his friends and family.

Terry enjoyed fishing.  He was a very talented writer who penned many poems, songs and stories throughout his life.  Above all, though, he loved spending time with his children and grandchildren.  He will lovingly be remembered as an amazing father, grandfather, and husband.

Terry is preceded in death by his parents; two brothers, Jeffrey Nanney and Howard Nanney; one sister, Rita Kiser; and his step-son, Kevin Valentine.

Funeral services will be conducted at Noon on Wednesday, September 7, 2022 at Old Fashioned Full Gospel Church (617 W. 8th Street, Muncie, IN 47302) with Pastor Willard Allred officiating.  Friends may call from 11:00 AM until the time of service.

Military Honors will be rendered by the Daleville VFW Honor Guard. 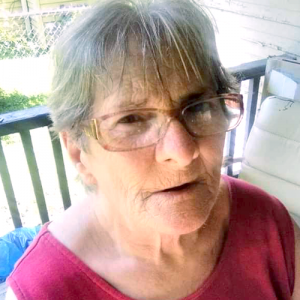 Joyce Ann Painter, 77, of Muncie passed away on August 18, 2022 at Bethel Pointe Health and Rehabilitation Center in Muncie following an extended illness. She was born in Hartford City, IN on April 30, 1945 to Richard and Margaret (Hart) McCallister.

Joyce worked at Superior Linen Service for many years. She was a Christian who enjoyed attending local churches with her family. More recently, she enjoyed relaxing in front of the television as she watched Judge Judy, MASH, and the local news. Regardless of her health, she was always devoted to driving her great-grandson to local parks and restaurants in her Jeep.

She is survived by her daughter, Margaret (Rob) Johnson of Muncie; one brother, Billie Painter, Jr. of Muncie, two sisters, Wanda Kane and Nancy Hoffman; two grandchildren, Christina Wilber of Muncie, and Melissa Wilber of Muncie; one great-grandchild, Landon Wilber; and two nieces, Kathy Smith and Becky Coffman, both of Muncie.  Joyce will me missed by many special friends and extended family members.

She is preceded in death by her parents; her loving husband of 60 years, Billie Painter, Sr; her son, Michael Painter; her sister, Dorothy Ratliff; and three brothers, Gene McCallister, Bud McCallister and Wayne McCallister. 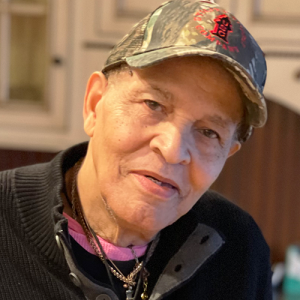 Ronald Bernard Stiles, affectionately known as Ronnie, passed away unexpectedly at 77 in his home on August 18, 2022 in Carmel, IN. He was born in Ft. Wayne, IN on January 7, 1945 to Albert and Maxine (Dean) Stiles.

Ronnie attended Central High School in Ft. Wayne and grew up in the Turner Chapel AME Church where he gave his life to Christ at an early age and later was a committed and devoted musician for several years.

At the age of 5, Ronnie’s grandmother, Esther Raines, bought him his very first drum set and this is when his love for music began. Although he was a multi-instrumentalist, he had a special love for the drums and guitar. Following in his father’s footsteps, a History Maker and accomplished tap dancer, Ronnie developed into a very talented professional musician. As a teenager, he followed his dream, went to New York City and played on Broadway.

He was a regular at The Apollo Theater in Harlem where he and his bandmates won 1st place in the Battle of the Bands competition. Throughout his life, he performed with legendary acts like “Bonnie Lloyd Sims & The Untouchables”, “The Commodores”, “The Ohio Players”, “Earth Wind & Fire”, “The Chi-lites”, “Jimmy Reed”, “Lionel Ritchie”, “Carolyn Franklin”, “James Brown”, “Wilson Pickett”, “Sam Cooke”, “Mary Wells”, “John Thomas” and a host of others. Ronnie went on to form his own bands “Jimmy Lynch and the Boss Players”, “Ivory Blues Band” and “Big R.B. Stiles & E-Waw Blue Band”, just to name a few. He often played with “Bob Greene & Friends” in Fort Wayne and enjoyed sitting-in on sets at the Slippery Noodle and The Jazz Kitchen in Indianapolis. He was a poet and avid song writer, composing over 400 songs. Ronnie was also a self-taught artist and would spend hours drawing portraits of people and cartoon characters. After marrying his wife, he drew a portrait of them that was so life like, it seemed as if you were looking at them up close and personal.

Ronnie was also instrumental in the success of the Talent Factory, a non-profit organization in Fort Wayne, which was founded by his father Albert “Al” Stiles in the 1980’s to help inner-city kids hone and develop their singing, acting, dancing and oratory skills. Ronnie was so proud of the work and accomplishments of the Talent Factory because of his passion for youth and it was another testament of his profound love of the arts. In 2002, Ronnie collaborated once again with his father and released the compact disc We Can Fly. The nine-track CD features blues, jazz and 1950s-era rock sung by Ronnie, Al Stiles and Herb Banks. Although Ronnie has produced multiple CDs over his lifetime with various groups, he was most proud of this last CD as he had the opportunity to work with his best friend as well as his father.

While music was Ronnie’s passion, his children and grandchildren were the light of his life. He was a very involved father who loved to take his kids to drive-in movies, roller skating, and carnivals when they were young. Holidays were always a special time spent with his family and you could count on enjoying his famous barbecued ribs every Sunday afternoon. Ronnie’s love language was quality time, words of affirmation and acts of service. He developed special relationships with each of his grandchildren and instilled these virtues in them. Ronnie was a sports fanatic and supported his grandchildren by cheering them on at all of their games. He was known as an “honorary mascot” for the Fishers Tigers Football Team, Kokomo Wildcats Basketball Team, and the annual Jeff Teague AAU Basketball Invitational. Ronnie was also a diehard Pittsburgh Steeler and Baltimore Ravens fan as he adored and respected Rod Woodson and the entire Woodson family.

After living in Chicago, IL, Pleasanton, CA and Las Vegas, NV for close to a decade he eventually settled in Carmel April of 2020 to spend his remaining years closer to his family. Ronnie became a member of Pasadena Heights Church of God where he was a faithful member and musician under the leadership of Pastors James and Jean Morehead.

Funeral services will be held at 12:00pm on Saturday, August 27, 2022 at Turner Chapel AME Church (836 E Jefferson Blvd, Fort Wayne, IN 46803) with Pastors James and Jean Morehead officiating and a very special thank you to Reverend Kenneth Christmon as well as the entire Turner Chapel family for extending their church home. Friends may call from 11:00 am until the time of service. Interment will follow at Lindenwood Cemetery in Ft. Wayne, IN. There will be a repast at Turner Chapel AME Church immediately following the burial service and the family encourages attendance so that they can greet you.

Ronnie’s memory will be cherished always and the family is eternally grateful for all the love and support during one of the most difficult times in their lives. “And now these three remain: faith, hope and love – but the greatest of these is love.” (1 Corinthians 13:13).

In lieu of flowers, memorial contributions may be made to the family by clicking here. 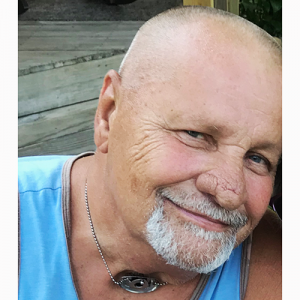 Walter Irwin “Pappy” Horner, 77, of Muncie passed away in his home on Saturday, August 6, 2022 following an extended illness. He was born in Washington, PA on September 21, 1944 to James and Blanche (Anderson) Horner.

Walt grew up in Paducah, KY where he worked on a farm. At 17 years old, he returned to Washington, PA where he met the love of his life, Karen Henderson, at a local dance. He and Karen married in 1966. They were members of the Washington Church of Christ.

Overall, Walt worked for the Ball Corporation for more than 37 years. He started as an Upkeep Man at the plant in Washington, PA until it closed in 1988. He then transferred to the Muncie, IN plant where he worked as a mechanic in the Machine Repair Division for nearly 10 years. Walt had an incredible work ethic and received commendations for his attendance and dedication to his job. He was a member of the The Glass, Molders, Pottery, Plastics and Allied Workers International Union.

Walt enjoyed hunting and night fishing with his kids. He was a member of several bowling leagues, enjoyed watching classic western movies on television and tending to his garden. Most recently, one of his favorite activities was sitting on the couch playing slot machine games on his tablet.

Above all, though, Walt will be remembered for the love that he had for his family! He was an amazing provider who focused on giving his family the very best life that he could. Walt had a soft spot in his heart for children. He spent hours coaching his kids and their friends in youth sports leagues and enjoyed sitting on the porch watching the neighbor kids play. HIs grandchildren and great-grandchildren, though, were his whole world!

He is preceded in death by his parents, one grandson, four brothers, and three sisters.

In lieu of flowers, memorial contributions may be made to St. Jude Children’s Research Hospital.