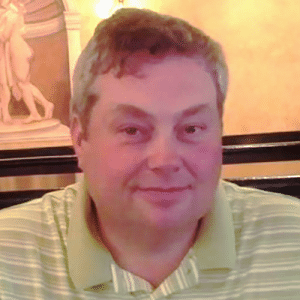 Patrick Daniel Peercy, 50, of Fortville passed away in an accident early on Sunday, June 6, 2021. He was born on March 30, 1971 in Indianapolis to Jessie Daniel “Danny” and Stella Louise (Mace) Peercy.

A lifetime resident of Indianapolis & Fortville, Pat was the owner of long time family run Mike’s Used Cars on Pendleton Pike in Indianapolis.

Pat enjoyed life to the fullest and dabbled in various hobbies. He loved to hunt and fish and formerly participated in local bass fishing clubs. At one time, Pat was on the World Poker Tour and played in several World Series of Poker events. Above all, though, he enjoyed spoiling his wife, Leigh Ann (Weaver) Peercy, whom he loved dearly for more than 20 years.

Pat is survived by his wife, Leigh Ann; his father, Dan; two sisters, Donna (Ward) Wilson and Deborah Cook of Sparta TN; sister-in-law Gayle Weaver of Shelbyville IN; two nephews, James (Jacqueline Young) Mclemore and Jesse Grayson and one niece, Charlene (Kirk) Nichols; 6 great nephews and 3 great nieces all from Sparta TN.  Pat’s two Cavalier King Charles Spaniels, who he was over the moon about, Poppy and Dealer also survive.

He is preceded in death by his mother, Stella and niece, Natalie “Nikki” Gipson.

A celebration of Pat’s life will be scheduled at a later date. In lieu of flowers, memorial contributions may be made to the “Cure for Cryo” Cryoglobulinemia Vasculitis Research Fund at:  http://allianceforcryo.org/about-us/donate/
Mike Keller2021-06-09T02:25:25+00:00