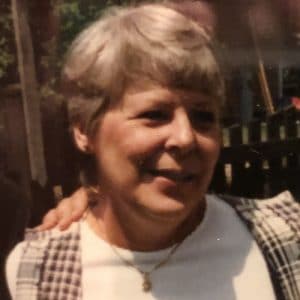 Paula Lynn Lancet, 72 of Indianapolis passed away unexpectedly on Tuesday, December 24, 2019 in her home.  She was born in Denver, Colorado on December 16, 1947 to Paul Hirsch and Patricia Hall.

Paula graduated from Pike High School (1965) and attended Purdue University where she was a member of the Delta Gamma sorority.  She worked for the City of Indianapolis and later transitioned to the Indiana State Department of Workforce Development where she retired as a bookkeeper.

Paula was very family-oriented and loved nothing more than taking care of her family.  She eagerly supported her kids in their various activities when they were younger – whether driving them to sports practices or being a Den Mother for their Cub Scout Pack, she loved to be involved with her kids.  Paula also enjoyed cooking, traveling and caring for her 20-year-old cat, “Mrs. B”.

She is preceded in death by her mother; her father; her ex-husband, Bruce Lancet and her high school sweetheart, Jim Stueber.

A celebration of Paula’s life will be held at a later date.