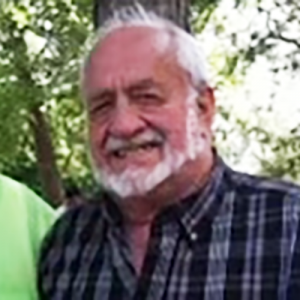 Rick is a graduate of Swayzee High School (1964) and served his country as an aircraft mechanic in the United States Air Force. He was stationed at Tinker Air Force Base in Oklahoma and at Andersen Air Force Base in Guam. Upon returning home, he served as a Town Deputy in Swayzee, IN. In 1993, Rick retired from Delco Remy where he worked in the maintenance department for more than 30 years.

Rick will be lovingly remembered for the memories he made with his friends and family as he repaired scooters in his workshop, camped out waiting for flea markets to open, traveled to gun shows, or relaxed on the water while he fished. Above all, though, he will be remembered for the love that he had for his family and the way his face lit up when he spent time with his great-grandchildren.

Rick is preceded in death by his parents, Vaughn and Freida (Turner) Brown; his ex-wife, Dixie (Plato) Brown; his wife, Carolyn Tuttle-Brown; his granddaughter, Shelby Tuttle; his brother, Roger Brown; his sister-in-law, Sandy Brown; and a nephew, Nathan Brown.

The family would like to genuinely thank the hospice team at Paradigm Health for providing such loving, compassionate care.

Memorial contributions may be made to Paradigm Health (8904 Bash Street – Suite B, Indianapolis, IN 46256) to assist their hospice program.