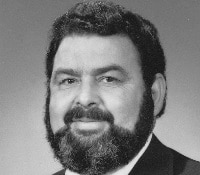 Richard served our country as a Weapons Mechanic in the United States Air Force.  He was a member of Fellowship Masonic Lodge #681 F.&A.M. in Anderson.  He retired from Delco Remy in 1981 after working there for 30 years.

Richard’s mechanical skills served him well in life.  He was well known for working on cars and had a passion for restoring Volkswagens.  He also loved the outdoors, spending much of his time hunting, fishing and camping.  He especially enjoyed traveling the country in his motor home and frequently took vacations to see family and friends.  He also enjoyed watching John Wayne movies, old Westerns, NASCAR racing, Cubs baseball, and Colts football.  He loved to play with Elvis, the family’s Miniature Schnauzer.  He was a great friend and a loving father.

Richard is survived by one son, Bill Davis of Lapel; and one sister, Barbara Pickel of Anderson.

He is preceded in death by his parents and his loving wife, Lillie.