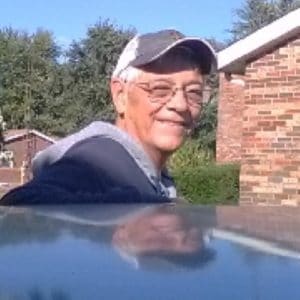 , of Richmond passed away on January 10, 2020 at Reid Health following an extended illness.  He was born in Richmond, Indiana on May 14, 1951 to Thomas and Mary Jane (Durso) Lamb.

Rick was a graduate of Northeastern High School in Fountain City (1969) and served his country in the United States Coast Guard where he was an Engineman on a cutter before being stationed at Matinicus Rock Light House 28 miles off the coast of Maine.

Rick was a talented diesel mechanic and over-the-road driver for 32 years with over 3 million accident-free miles. He and his wife owned Richelen Trucking for several years.  He enjoyed working on projects around his home and could tackle any task! One of Rick’s favorite projects was fully restoring a 1981 Chevrolet Camaro – the car in which he proposed to his loving wife and best friend, Joanie, who survives. They celebrated their 25th wedding anniversary this past November 25th. The both loved life together!

Also surviving are two brothers, Francis (Louise) Lamb of Williamsburg and Michael (Cheryl) Lamb of Coldwater, MI; two sisters, Patricia (Neil) Williams of Richmond and Jacqueline (Donnie) Winget of Liberty; one brother-in-law, Donald (Patricia) Horrigan of Bowie, MD and many loving nieces, nephews and extended family members. Rick and his sense of humor will be missed by many!

He is preceded in death by his parents and his 21-year-old cuddly cat, little Floyd.