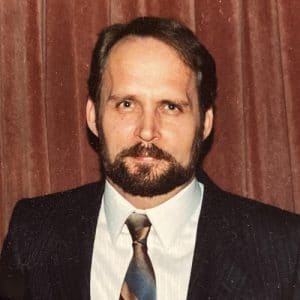 Ronald G. Jones, 72,  of Indianapolis passed away on December 30, 2019 at Sidney & Lois Eskanazi Hospital.  He was born in Indianapolis on February 8, 1947 to James and Lena (Gifford) Jones.

Ron graduated from Arsenal Technical High School (1965) and served his country in the U.S. Army.  He was a skilled diesel mechanic and worked at International Harvester before retiring from FedEx in 2014.

Ron enjoyed all types of racing, but particularly liked Indy car and drag racing.  He loved sports, cars, motorcycles and boats and was a great water skier.  He also loved music and was an accomplished bass guitarist.

Ron is preceded in death by his parents and his brother, Kevin Jones.

A memorial service celebrating Ron’s life will be held at a later date.  Please contact the funeral home for information regarding the service.