Home/Uncategorized/Russell A. Barr
Previous Next 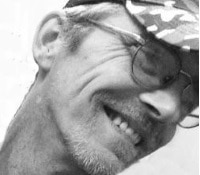 ussell Alan Barr, 45, of Fortville passed away in his home on Monday, November 23, 2015 following an extended illness.  He was born on October 21, 1970 in Greenfield, IN to Joseph and Lois (Brown) Barr.

Russell worked for Burgess Mechanical in Indianapolis where he installed and repaired boilers.  He was a loving father who enjoyed spending time with his family.  He had a passion for “anything with wheels and a motor” – especially remote controlled cars and trucks.  He was an avid fan of NASCAR and enjoyed many hours playing video games.

Russell was preceded in death by his parents and one brother, Stephen Barr.