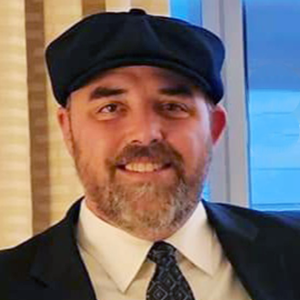 Russell Kirby, Jr., 38, of Pendleton, passed away unexpectedly on December 24, 2022 at IU Health Saxony Hospital. He was born on December 21, 1984 in Greenfield, Indiana.

Russell is a graduate of Hamilton Heights High School class of 2003, where he played on the football team.  He worked for Masco Support Services as a Bindery Technician before starting his career with the United States Postal Service. He started with USPS as a Letter Carrier and most recently was assigned to the Route Adjustment Team, and the Treasurer of the American Postal Service Union.

Russell was an avid Indianapolis Colts fan;  he enjoyed playing online video games with friends. Russell also raced at Anderson Speedway in the Oval & the Figure-8’s. Above all, though, Russell loved spending time with his family. He made many special memories while fishing & golfing with his daughter Haylie. He will forever be remembered as a good man who provided for his family and loved them deeply.

He is survived by his loving wife, Melissa (Wright) Kirby; his daughter, Haylie Kirby; his mother, Leota Hayes; one sister, Crystal (Albert) Torres of Brownsburg; his grandparents, William and Gerrianne Hayes of Juneau, WI; Arletta Robertson of Waldo, FL.  He is also survived by his mother & father-in-law, Dawn and Jeff Wright of Anderson; his brother-in-law, Bryan (Helena) Wright of Anderson; ten nieces and nephews; and his fur-babies, Asher and Autumn.

Russell is preceded in death by his father, Roy Boylen; and his sister, Tiffany Boylen.

A celebration of Russell’s life will be held at a later date.