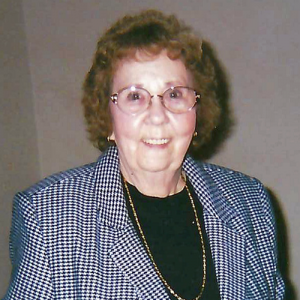 Ruth (Clarkson) Krieg, 98, of Anderson passed away on June 27, 2022 at Miller’s Merry Manor in Chesterfield following an extended illness. She was born on January 20, 1924 in Vernon, Indiana to Lawrence and Irene (Day) Clarkson.

Ruth is a graduate of Anderson High School (1942) and worked as an assembly line worker at Delco Remy in Anderson until retiring in 1981.

Ruth loved her family! She would spend hours playing Canasta with her grandchildren. Her homemade chicken & noodles will be missed almost as much as her famous strawberry jam! She enjoyed taking walks in local parks, birdwatching and gardening.

She is preceded in death by her parents; two grandchildren, April Krieg and Eric Krieg; and her siblings.

In lieu of flowers, memorial contributions may be made to the Animal Protection League (13 Dewey St, Anderson, IN 46016).