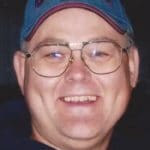 Steven Ray Settles, 59, of Terre Haute (formerly of Clayton, IN) passed away unexpectedly in his home on Saturday, November 15, 2014.

He was born on October 5, 1955 in Indianapolis to Linda (husband, Joe) Gehrki.  She survives.

Steven graduated from Cascade High School in 1976.  He worked as a machinist at Federal Mogul Corporation in Mooresville for more than twenty five years and later worked for Republic Services as a driver.

For many years, he thoroughly enjoyed coaching youth sports teams and having a positive impact on the lives of children.  He was a member of Maplewood Christian Church in Terre Haute and was a proud born-again Christian who studied to become an ordained minister.  His friends at House of Hope in Brazil, IN clearly held a special place in his heart.

A funeral service will be held at 1:00pm on Friday, November 21, 2014 at the Hazelwood Christian Church in Clayton, IN with Pastor Steve Ranson officiating.  Burial will follow in Clayton Cemetery.

In lieu of flowers, memorial contributions may be made to Hazelwood Christian Church.