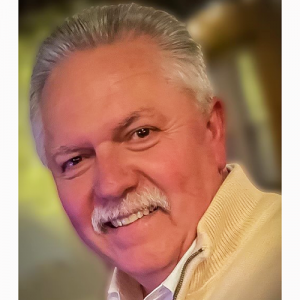 Tom, son of the late Sidney (Syd) and Mildred (Mid), was born December 14, 1950, in Indianapolis, Indiana. He was the third of five children growing up in a Catholic home on the east side. Tom spent his childhood attending St. Simon Catholic Church, as well as being an altar boy in its parish.

In junior high school, Tom met his forever sweetheart, Debbie (Welsh). After graduation, they married and made a home on the northeast side of Indianapolis. Daughters Shannon and Melissa would soon follow, making their family complete. Tom looked forward to their annual trip to visit Debbie’s family in Wisconsin. Time spent on the Brenizer Farm and Wistrom Ranch was something he cherished. Annual Spring Break adventures to Jekyll Island, Georgia, with family and friends, were always enjoyable and relaxing. Summers were spent around the Ford pool where there would be birthday parties, weddings, graduations, karaoke, raft races, cornhole tournaments, and Tom saving the lives of drowning children. He was a true hero! Co-ed softball leagues, along with the Bob & Tom Bowling and Golf Scrambles, brought generations of life-long friends together for over 40 years. Tom could pitch horseshoes and toss cornhole with the best of them. He was also an avid golfer, capturing his first hole-in-one in 1984. Ford Family Thanksgivings always brought laughter, love, and inside jokes to the gatherings. Tom and Debbie relished their time spent cruising the Caribbean, with Aruba being their favorite island destination. Additional getaways where they made memorable moments included Las Vegas, Pebble Beach, San Francisco, and the Florida beaches. Tom never missed a game, school event, or celebration of his daughters or grandsons, Jacob, Kaden, and Benny. Tom and Debbie celebrated their 51st wedding anniversary last summer in Orange Beach, Alabama. Those who knew Tom understood his fierce love of his 3 girls, grandsons, extended family, and close friends. Tom recommitted his life to Jesus in 2010. Along with his family, he attended Northview Church in Carmel and Anderson, where he grew in his faith. He was baptized in 2019, and as part of the same ceremony, had the honor to participate in the baptism of his grandson, Kaden.

Tom was an active volunteer in the community of Lawrence. He served on the Lawrence Parks and Recreation Board, served on the Board of the Lawrence Elementary Football League, as well as being a coach. He coached baseball in Lawrence’s Youth Baseball League as well as coaching his daughter Shannon in their softball program. In the early 80’s, Tom collaborated with his brother-in-law to create the Lawrence Bearcat Basketball League (now called the Lawrence Township Boys Basketball League). He was active on the board for more than 20 years. His passion for youth basketball led him to become an official referee for the Indiana High School Athletic Association. In 1995, he received the Superintendent’s Award for his exemplary support of programs and services in the Metropolitan School District of Lawrence Township. In 1997, the Lawrence Township Boys Basketball League honored Tom by awarding annual scholarships to high school seniors, at both Lawrence Central and Lawrence North, in his name. Tom’s scholarship continues to this day. After moving to the Oaklandon area, Tom dedicated more than 10 years towards coaching Shannon and Melissa in St. Alban’s Episcopal Church’s softball league.

Professionally, Tom worked as a painter early on, even taking a job overseas painting castles for the King in Saudi Arabia. He transitioned into the food and beverage industry, taking a district sales position with Chesty Foods. Tom was an entrepreneur at heart. His endeavors included Walking Golf, Inc and TE-EL Voice and Data. Audio-visual technology and telecommunications sales is where Tom finished out his career. He retired in 2018, however it was short-lived. He says his most enjoyable job was his last, as Food Specialist at Pathways Learning Academy (inside Northview Church, Binford Campus), where he was known as “Chef Tom” to all the children he served.

Tom’s parents, Sidney (Syd) and Mildred (Mid), and sister Nancy Van Slyke, greeted him on the other side, along with his mother-in-law, Darlene Welsh, brothers-in-law Danny Welsh, Virgil Berry, and Albert Van Slyke, and nephew Andrew Welsh. He will be missed dearly by his wife, Debbie, daughters Shannon and Melissa, and grandsons Jacob, Kaden (Key), and Bennett (Nussbaum). He also leaves behind sisters Cyd Rice (Mike), JoLinda Hopper (Randy) and brother Greg Ford, sister-in-law Donna Baird, in addition to 24 nieces and nephews, numerous great nieces and nephews, extended family and longtime friends. Finally, he leaves behind man’s best friends Mable, Esmay, and Prim.

Contributions can be made, in Tom’s name, to the Lawrence Township Boys Basketball League.
Please send checks to:
LTTBL
PO BOX 36685
Indianapolis, IN 46236