Home/Uncategorized/Wayne A. King, Sr.
Previous Next 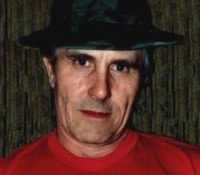 Wayne Allen King, Sr., 72, of Marion died peacefully in his home on March 27, 2015 following an extended illness. He was born in Grant County, IN on December 1, 1942 to Louis King and Beatrice (Hogston) Woods.

Mr. King served in the US Army during the Vietnam War era. Stationed in Germany, he was a decorated sharpshooter and artillery specialist.

Wayne worked for Active Products in Marion and retired from Tyson Products in Logansport. He had a true love of animals and was an avid outdoorsman. He spent many hours hunting, fishing and enjoying nature. Wayne also enjoyed taxidermy and was a big game hunting advocate and collector.

He was preceded in death by his parents; brother, Paul King and step-son, Bryan Clasby.

Private family services will be conducted at a later time.

Memorial contributions may be made to the Marion-Grant County Humane Society.